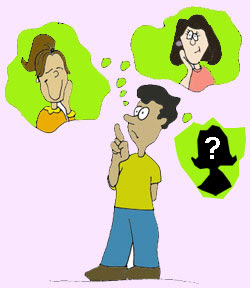 When folks start planning their wedding, one of the most critical questions is figuring out who’s going to perform the ceremony.

Part of the challenge is that in civil society, the state, rather than individuals, decides what makes a marriage “legitimate” in the eyes of the law – with all the associated rights and priviledges.

This means that to be legal, the ceremony can only be presided over by someone the state deems responsible enough to validate the union.

This is, on one level, totally absurd.Â  Why should the state have any jurisdiction over a romantic union?Â  Well, that’s a short question with a long answer, and one which we’re not going to get into here.Â  For more info, you can read Marriage, A History by Stephanie Coontz.

But the upshot is that you, the affianced, basically have to choose between a member of the clergy and a Justice of the Peace.

However, if you’re not religious, but not completely secular, then neither option can seem appropriate.Â  A priest, minister, or Rabbi will probably seem like they’re bringing too much God and tradition into the room.

On the other hand, a Justice of the Peace is usually an elected official, and while they’re perfectly capable of marrying you, it will probably be in a short, respectful, but fairly secular ceremony.

Enter Vermont Wedding Officiant!Â  As a writer, I have a strong sense of the craft of creating a meaningful ceremony.Â  As an actor, I am a seasoned performer, and can weave a sense of intimacy with you, the couple, as well as with your beloved community.Â  As a yoga teacher, I am experienced in fostering an environment with a sense of occasion and sacredness – without going over the top about it.

But where does my legal jurisdiction come from?Â  Why is the power vested in me by the state of Vermont to marry you?Â  Because I’m also an ordained minister with the Universal Life Church.

They’re an old hippie church out of California, totally legal in the eyes of the feds, but they’ll ordain anyone because they believe in democratizing the marital process.Â  You probably know someone who got ordained by the ULC specifically so they could marry some friends or family.

I got ordained years ago precisely because I saw some friends get married by a Justice of the Peace.Â  I’m sure the JP was a lovely human being, but her ceremony was totally boring, and I thought, “I can do better than that.”

The best part about the ULC is their core beliefs are that everyone should have as much access to food, shelter, and sex as they need.Â  When I heard that, I thought, “Now THAT is a church I can get behind!”

Over the years, performing meaningful, spiritual-but-not-religious, gently humorous, and deeply personal wedding ceremonies has become something of a calling for me, and I love being a part of such a significant moment in peoples’ lives.